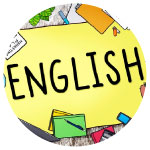 Idioms and phrases are a great way to add color and personality to a person’s communication skills English-speaking person’s speech and they also help to crack several government exams in an easy way. While idioms and phrases can be difficult to understand without context, they are a fantastic way for people to communicate in an interesting and often humorous way.

An idiom is a phrase that has a figurative meaning that is not easily deduced from its literal definition. These phrases are commonly used in any language, and idioms that have been around for a long time can be found in many different types of literature. Some of the most common idioms include “raining cats and dogs”, “the star of my eye”, and “the straw that broke the camel’s back”.

Meaning – This is a very common idiom in the English language and you can use it in your daily life with great ease. And it means, when you have a feeling of being slightly ill or when you are not feeling well then, you can say i can not go to school today as i am feeling a bit under the weather.

Meaning – This idiom is not just popular in English but it is quite easy to pronounce and remember. You can use this idiom when you find any task or challenge easy to do. You can say “sticking to my exercise and diet plans is a piece of cake for me since I have understood the significance of my health and fitness.

Meaning – As cool as cucumber is basically used to describe a personality of a person. When someone is so calm and easy-going even in a serious and tense situation then, you can say the person is “as cool as a cucumber”.

Meaning – Believe it or not, this idiom is something you must start using when you go shopping as in the supermarket not everything is sold at cheap and affordable prices.

“To pay through the nose” basically means when something is very expensive to buy. Or any product and item that costs you a lot of money and you find it difficult to buy without bargaining.

Meaning – A fish out of water is usually used when a person feels uncomfortable and awkward in any situation. Or when you are out of your comfort zone then, it means you are feeling like a fisit out of water.

Meaning – Understanding this idiom is absolutely not rocket science and you would agree with use for sure.

This idiom seems quite simple and straightforward in English and you can use it in your daily life and according to the situation you are in.

Let’s get more clarity through the examples here.

Meaning –  Well, if you want to improve English speaking skills and want to add some lucrative idioms and phrases to your dictionary this is very common and easy to learn and you can use it in any situation.

“To beat around the bust” is said when in a discussion, a person talks about everything without coming to the purpose of the meeting. Or it is used when you talk about irrelevant things and avoid the main topic in a conversation with someone then, you can say “ the man is beating around the bust”.

Meaning –  it might be a little tricky and difficult to learn but believe me this is as simple as a piece of cake idiom. When you burn your bridges then you destroy all the possible ways to go back to any situation or person.

“To burn your bridges” – when you do something that makes it impossible to return to any person or situation or earlier state.

To have a look at examples here so that you can easily understand this.

Meaning – This is not only important for shopkeepers but it is commonly used among people who go to the market to purchase things.

“Sells like hotcakes” is used when an item or any product is sold quickly and in large quantities. It means people are loving any specific thing and that they are buying in a large number.

Let’s have a glimpse of our examples on this idiom

Useful Idioms And Phrases with Examples:-

Meaning – This idiom is made to be used several times especially when you regret things that have already happened in the past.

“To cry over spilt milk” you can use this phrase in your daily conversation when you complain about an event that has already happened in the past. You can say this to someone like “you must not think about your past mistakes and just move on”

Meaning – It basically means when you count positive points or some advantages from a bad and horrible situation.

“Every cloud has a silver lining” can be used by describing the plus point and benefits of any worst situation.

Meaning – Eating like a horse is used when you are very hungry and you have a feeling of eating the entire horse. Literally, you eat a lot of food then, you can say “my brother ate like a horse”.

When Molly went to her daughter’s school to receive her, her daughter was on cloud nine. She was so delighted to see her mother.

Meaning – Well, cutting corners means that when you do something very cheaply without caring about the quality and productivity of that work.

“The house was really built by cutting corners as the materials used were of low quality”.

Meaning – “easier said than done” is used when things seem easy to say and difficult to do” or when something is not as easy as it appears.

Learning English in just a week is easier said than done.

Meaning –  It is used when we have to say good luck to someone.

“Edith told her daughter ‘break a leg’ when she was going to appear in her exams”.

Meaning – “Go the extra mile” is used when you put a lot of effort into achieving something.

“I went the extra mile to prepare for my exams”.

Meaning –  you can use “take a rain check” when you have an urgent need to postpone your plans and meetings.

“He invited me to his dinner party but I had to go to the doctor with my mother and I said that “ I need to take a rain check”.

Meaning – Literally, pigs are not going to fly and it means when they talk about a situation, an event, and things that are definitely not going to happen in the future.

“Choosing software engineering as your career, you are just going to bite off more than you can chew as you are a newbie in the world of computers”.

Meaning – You can use “call it a day” when you have done a lot of work and now you just want to stop it.

“Let’s call it a day, that’s enough for today”.

Meaning – It is specifically said to someone please, come to the main topic or cut to the chase when a person talks about everything instead of the main objective.

The boss tells his employees, “Let’s cut to the chase as we have not got much time to gossip about our enemies”.

Meaning – “face the music” is used when a person is entitled to face criticism and punishment for something bad they have done.

After failing the exam, Alina could not protect her daughter from the criticism of her father.

Meaning – “To have sticky fingers” is basically used to describe a person who is addicted to stealing things from other people.

‘Rihana says to Milnda’, “Rima has sticky fingers, keep your things in a safe place from her reach”.

Meaning – It means when a person shows his true feelings and emotions clearly instead of hiding to someone.

“Jeeva can’t control her emotions when she is upset, she is a girl who wears her heart on her sleeves”.

Meaning –  when you dream of achieving things that are unattainable and impossible to achieve.

Examples:- Dolly’s mother says her little daughter “sweetheart, don’t cry for the moon, buying this expensive dress is not affordable”.

Meaning – It is used to wake someone up or when we say someone to “ wake up and get out of bed”.

Examples:- ‘Agatha said to her 5 years old son’, “honey, rise and shine or you will be late for school”.

Meaning – when a person is afraid of doing something again that he or she had tried earlier and got some horrible experience from that.

“Jenny was frightened to use the lift as when she had first gone in lift then, she had been stuck there for long hours”.

Meaning –  It is used when you judge a person from their appearance or when you give importance to people by seeing their outer beauty and confidence.

We should make our opinions about people from their appearance only.

“Once in a blue moon, I study English”.

Meaning:- Spill the beans means that when you disclose security information about something to people.

Robert spilled the beans by telling mom that we have organized a secret birthday party for her.

Meaning:- it can be used to tell someone that the ball is in their court which means it is their turn to take an action or step.

The ball is in my court as I have taken the responsibility of completing the task.

Meaning – A person is given a small punishment, when that person is entitled to suffer big punishment for his or her wrongdoings.

After threatening a girl, he escaped with just a slap on the wrist as his father has contacts with the politicians.

Meaning:-  When you take someone’s joke seriously or when someone pulls your leg by funny things in a serious way.

Meaning – It is used when something is expensive to buy.

Buying a new car cost John an arm and a leg.

Meaning:-  To harm someone who trusts you most secretly.

Michael betrayed his loyal wife by stabbing her in the back.

Meaning:- To disclose a secret thing by mistake

Sheena let the cat out of the bag by telling secret party to mom.

Meaning:-  It is used when a person does things in a hurry or hurriedly.

Examples:- Today, I woke up late and I was forced to do things against the clock.

Meaning:- Ring a bell is used when something seems familiar or you have seen and heard something before.

The girl I met yesterday rang a bell to me but  I can not remember where we met.

Meaning:- When something appears bad or worst at the beginning but leads to good things later.

Examples:- Getting a new job after being fired from the previous one, was a blessing in disguise for Edith.

Idioms are phrases that have a figurative meaning as opposed to their literal meaning. For example, the phrase “a red herring” is used to refer to something that is misleading and distracting, but it does not refer to a literal red herring. Some common idioms include:

Many English learners are familiar with common phrases in English, but it can be difficult to understand the exact meaning of these phrases. This article will list some common Useful Idioms And Phrases to Crack SSC & IBPS English with examples to help you better understand what they mean and how it used. To read more education articles like this then stay tuned with this website {www.spinoneducation.com}